What to See: Windsor Town Centre

The Castle is located right in the centre of the town, so from here you won’t have far to walk. The oldest part of the town is located immediately opposite Henry VIII Gate (the exit of the Castle). There are several cobbled streets here, dating from the 17th century.

The Old King’s Head in Church Street was one of the oldest Inns in Windsor – now operating as a delightful cafe “Sel et Sucre” – which has bags of charm and character having been restored to its former glory. Nell Gwynne, favourite mistress of Charles II, lived nearby in Burford House.

Next to the Crooked House you will find Queen Charlotte Street, the shortest street in Britain (don’t walk too quickly!).

Other buildings to look out for are the Parish Church, and the Guildhall, built by Sir Christopher Wren (architect of St Paul’s Cathedral in London) in 1690. The story of the Guildhall is that the councillors did not believe that Wren’s design could stay up, and insisted that the central columns be added in the interests of safety – Wren built the columns, but made them an inch short of the ceiling!

Beyond the historic core are many interesting streets with fine examples of Georgian and Victorian architecture, particularly south of the Castle toward the Long Walk.

You can take a guided tour in an Hop-on Hop-off Bus from outside the Castle. Tickets are valid for the whole day, and you can get on and off the bus at around 10 stops around the town. 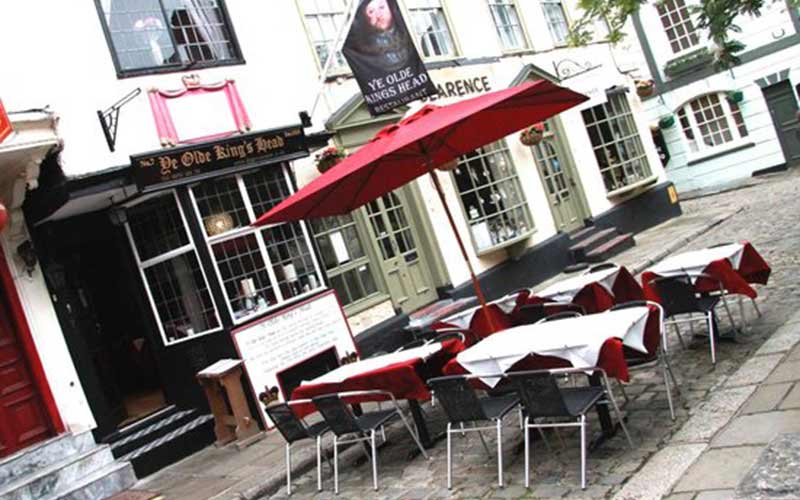 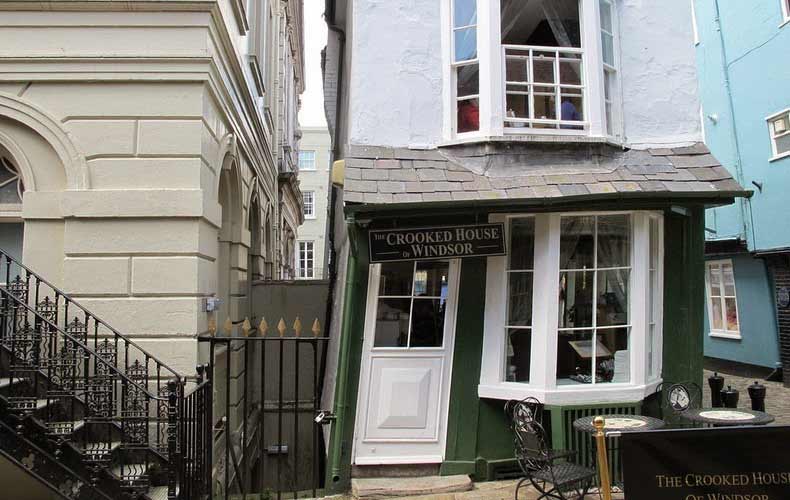 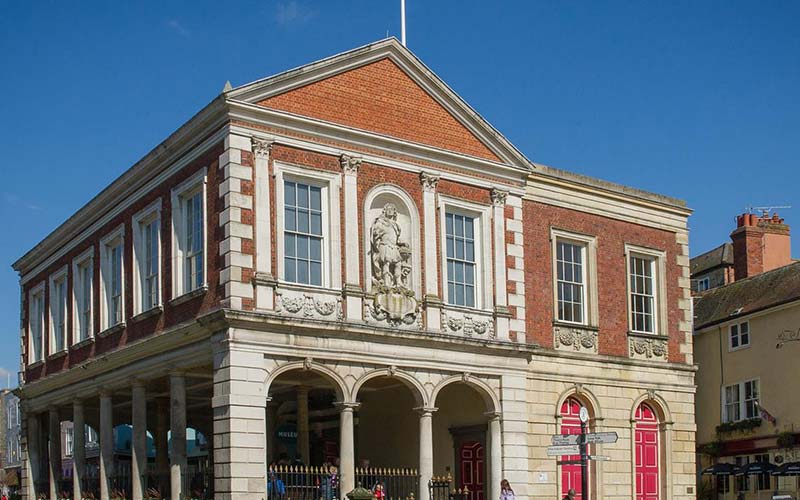